Programming of activities in Home Environment is based on the
children’s interests. As last week’s dinosaurs were so popular, we
continued the dinosaur theme for another week. Creating dinosaurs from
play dough continued to extend the children’s imagination and the
dinosaur jigsaw puzzles and books were as popular as ever. 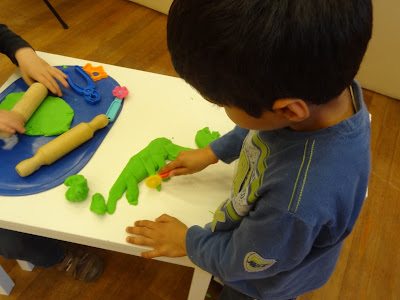 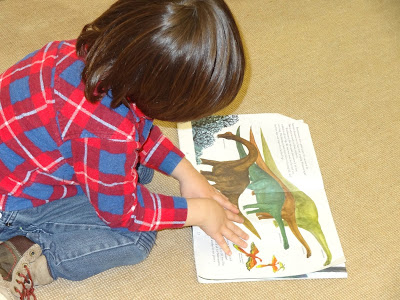 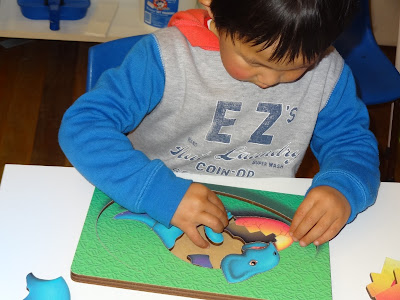 ‘Dinosaur land’ which the children created last week was a focal point
for group play with the dinosaurs. Pterosaurs flew, Stegosaurus’s
plodded, T-Rex snarled and the children laughed with delight as they
manipulated the dinosaurs through their world. 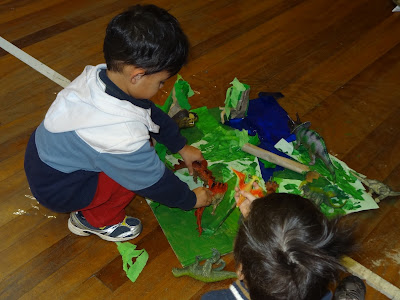 This week we added some new dinosaur activities, while retaining last
week’s familiar and popular activities, providing more choices for the
children. We added a 3D dinosaur jigsaw. We created this from cardboard
and the children enjoyed piecing the large pieces together to form a
standing Stegosaurus. We also added a listening station. The children
interacted with a talking book about dinosaurs, listening to the book
being read on the CD and following the pictures in the book. 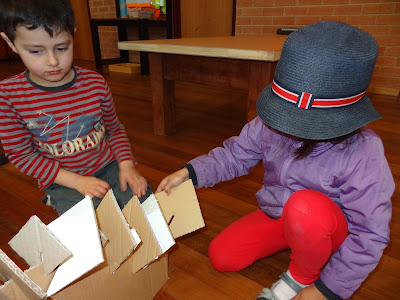 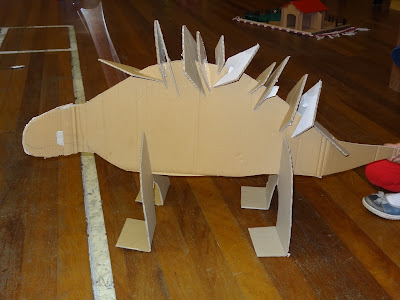 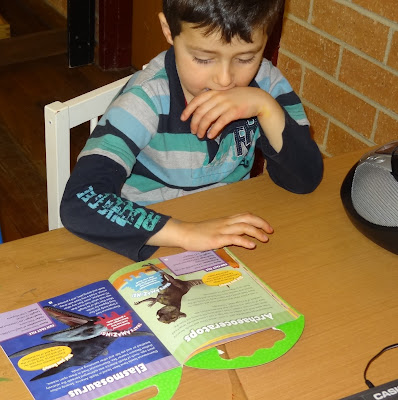